The contents of this page may be found at https://www.mecerpc.co.za. The contents are copyright. Although every effort has been made to ensure the accuracy of information, no reliance may be placed on the accuracy of the contents or any price found on this site. Any and all information should be used for reference purposes only. This Laptop website is offered as an extension to laptopdirect.co.za as a reseller service to the public. Laptop Direct C.C. is the legal owner of this website, the Laptop Direct brand and the Laptop Direct logo. The information and pricing may have been valid prior to this page being captured, however, a print is not a valid advertisement for pricing nor specifications, and only products that have been sent by quote are valid. Prices are subject to change without prior notice. T&C's apply.
Compare products (0)     Clear

Monitors and screens for computers

Displays 3D Glasses: 3D glasses, also called anaglyph glasses, are a type of glasses that can be used to give an otherwise two dimensional image, text or film three dimensional depth. 3D glasses are used mainly for entertainment, movies in particular, and to a lesser degree in science. The glasses themselves have two differently ....more..
1200S LCD accessories
15" / 17" / 19" / 22" LCD Monitor Wallmount Bracket
compare 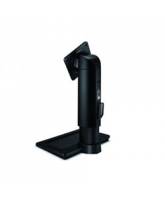 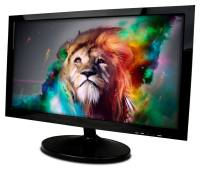 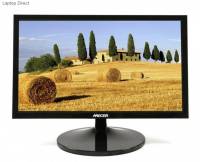 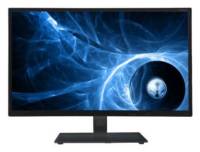 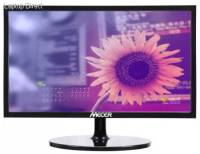 Cloud Fax Sign up for your Free Fax To Email here

Monitors and screens for computers

3D glasses, also called anaglyph glasses, are a type of glasses that can be used to give an otherwise two dimensional image, text or film three dimensional depth. 3D glasses are used mainly for entertainment, movies in particular, and to a lesser degree in science. The glasses themselves have two differently coloured lenses, one in red and one in blue.

3D glasses, also called anaglyph glasses, are a type of glasses that can be used to give an otherwise two dimensional image, text or film three dimensional depth. 3D glasses are used mainly for entertainment, movies in particular, and to a lesser degree in science. The glasses themselves have two differently coloured lenses, one in red and one in blue.

Modern monitors are capable of 3D images by using a polarized screen. The glasses are slightly grey and does dim the image. This is because of the technology used. No batteries or power is required.

Active 3D glasses works by switching each lens on and off rapidly in sync with the relevant image on screen. Batteries are required.

Gaming monitors have various technologies that appeal to gamers such as faster refresh rates of 100Hz / 120Hz or more and a gray-to-gray response of 2 milliseconds or less.

G-Sync and FreeSync The latest crop of gaming monitors use synchronization technology to help reduce tearing and other motion artifacts while lowering input lag. Monitors equipped with Nvidia's G-Sync or AMD's FreeSync modules give control of the screen's refresh rate to the GPU instead of the monitor, which allows the display to operate with a variable refresh rate.

The cathode ray tube (CRT) is a vacuum tube containing an electron gun (a source of electrons) and a fluorescent screen used to view images. It has a means to accelerate and deflect the electron beam onto the fluorescent screen to create the images. The image may represent electrical waveforms (oscilloscope), pictures (television, computer monitor), radar targets and others. CRTs have also been used as memory devices, in which case the visible light emitted from the fluoresecent material (if any) is not intended to have significant meaning to a visual observer (though the visible pattern on the tube face may cryptically represent the stored data).

The CRT uses an evacuated glass envelope which is large, deep (i.e. long from front screen face to rear end), fairly heavy, and relatively fragile. As a matter of safety, the face is typically made of thick lead glass so as to be highly shatter-resistant and to block most X-ray emissions, particularly if the CRT is used in a consumer product.

A light-emitting diode (LED) is a semiconductor light source. LEDs are used as indicator lamps in many devices and are increasingly used for other lighting. Introduced as a practical electronic component in 1962, early LEDs emitted low-intensity red light, but modern versions are available across the visible, ultraviolet, and infra-red wavelengths, with very high brightness. When a light-emitting diode is forward-biased (switched on), electrons are able to recombine with electron holes within the device, releasing energy in the form of photons. This effect is called electro luminescence and the colour of the light (corresponding to the energy of the photon) is determined by the energy gap of the semiconductor. LEDs are often small in area (less than 1 mm2), and integrated optical components may be used to shape its radiation pattern. LEDs present many advantages over incandescent light sources including lower energy consumption, longer lifetime, improved robustness, smaller size, and faster switching. LEDs powerful enough for room lighting are relatively expensive and require more precise current and heat management than compact fluorescent lamp sources of comparable output. Light-emitting diodes are used in applications as diverse as replacements for aviation lighting, automotive lighting (in particular brake lamps, turn signals, and indicators) as well as in traffic signals. LEDs have allowed new text, video displays, and sensors to be developed, while their high switching rates are also useful in advanced communications technology. Infra-red LEDs are also used in the remote control units of many commercial products including televisions, DVD players, and other domestic appliances.

An LED display is a flat panel display, which uses light-emitting diodes as a video display. An LED panel is a small display, or a component of a larger display. They are typically used outdoors in store signs and billboards, and in recent years have also become commonly used in destination signs on public transport vehicles or even as part of transparent glass area. LED panels are sometimes used as form of lighting, for the purpose of general illumination, task lighting, or even stage lighting rather than display.

A plasma display panel (PDP) is a type of flat panel display common to large TV displays 30 inches (76 cm) or larger. They are called "plasma" displays because the technology utilizes small cells containing electrically charged ionized gases, or what are in essence chambers more commonly known as fluorescent lamps.
1